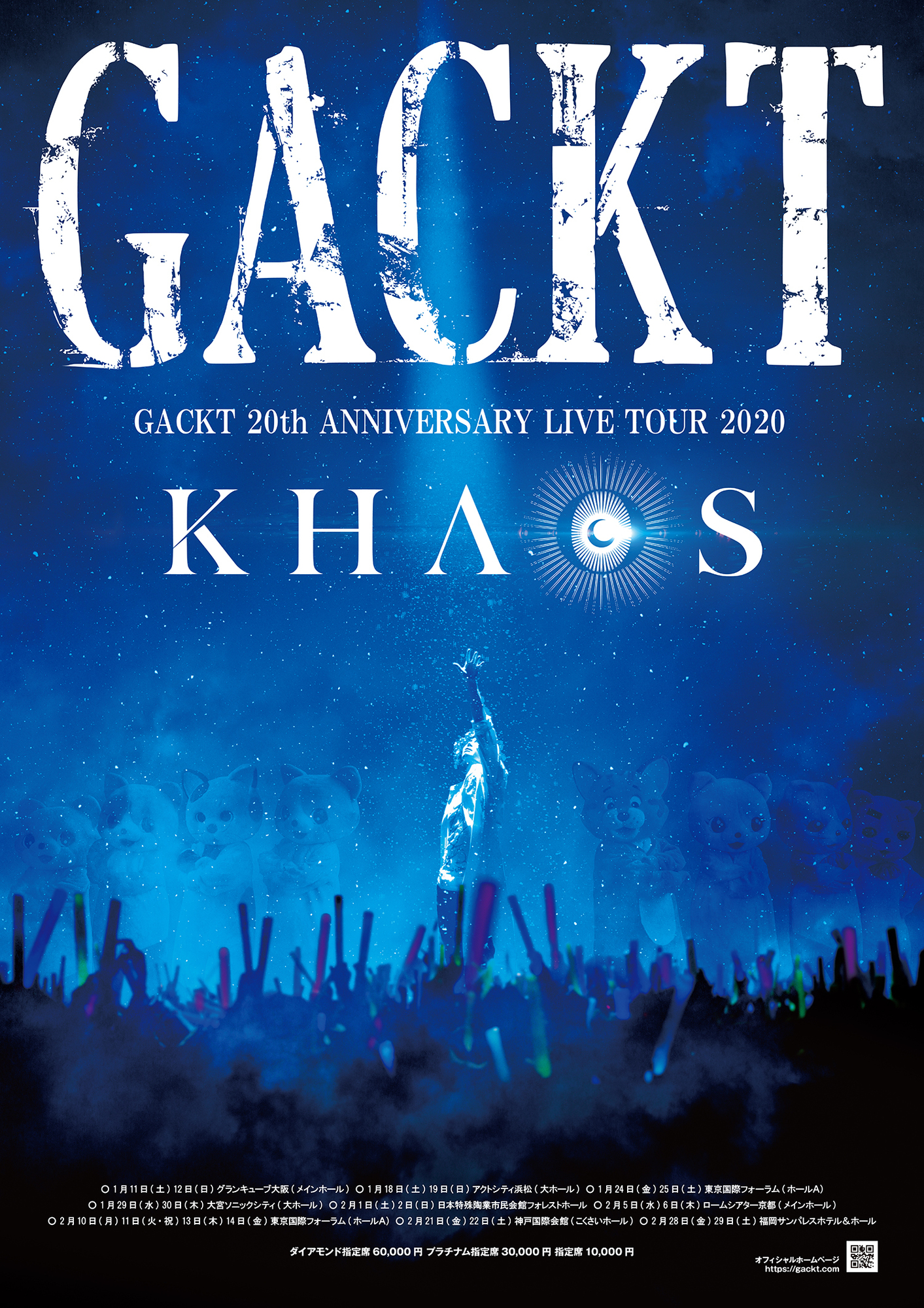 When the 2020 nationwide tour titled “KHAOS” was announced at the end of “GACKT 20th ANNIVERSARY -46th Birthday Concert-“ July 4th (Thu) 2019 at Pacifico Yokohama Grand Hall it was met with roars of excitement and anticipation.

And now finally the dates and locations of this nationwide tour will be revealed!
The tour consists of 20 shows at 8 locations nationwide and capacity of about 60,000 people.