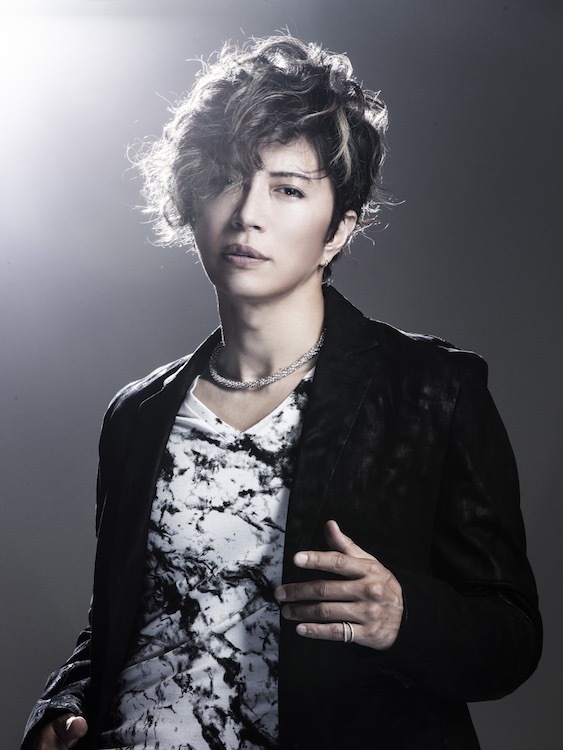 GACKT went solo after leaving a band in 1999. He has since released 48 singles and 19 albums up to now. As a male solo artist in Japan, GACKT has topped charts, earning the most top 10 hits in Japan.

He is fluent in English, Chinese, Korean and French, as well as an expert in Japanese swordsmanship, taekwondo, karate, acrobatics, snowboarding, horseback riding and loves driving his favorite cars.

He considers his life's mission to support and encourage people, thus engaging in many philanthropic activities, such as surprise concerts at graduation ceremonies.

“Tonde Saitama (Fly Me to the Saitama)”, a blockbuster movie starring GACKT and Fumi Nikaido, released on February 22nd 2019, has become an unprecedented huge hit with attendees surpassing 2.9 million people and earning 3.7 billion yen at the box office. The sequel is already in the works.

GACKT performed Japanese national anthem at Mayweather’s RIZIN14. match and appeared on Celebrity Rating Check on New Year's Day of 2019. Both appearances earned him top (No.1) viewer ratings. Furthermore, it was reported that these TV programs have also received the highest viewer ratings in their broadcast history, further affirming GACKT as one of the greatest influencers in the Japanese entertainment industry.

GACKT has an incredible number of fans in Europe, Asia, and the United States as he relentlessly continues his activities all around the world.

GACKT is a truly versatile artist that transcends all existing standards. This year marks his 20th solo debut anniversary.

GACKT's popularity in Japan from teenagers to 60s : 97%

"MOON SAGA" is the original story dating back nearly 1500 years, often referred to as "the origin of a vampire in Japan", created and brought to life by GACKT through unique approach of implementing the combination of music, visuals and performance.

VISUALIVE was also as a starting point, triggering further projects such as a Hollywood movie "BUNRAKU", NHK drama "Furin Kazan" and more.

"GACKT’s Way to Win", (released on August 9, 2019) by NORTH VILLAGE, is his 10th anniversary official book featuring GACKT’s words of wisdom as well as visual archives. GACKT's newest business book has become a best-seller and is continuously being reprinted.