Finally the faces of the characters in Tonde Saitama will be revealed!

Presenting a remake that is 200% faithful to sensational original!

Will this be a jolt for Japan, which is in the midst of Halloween?

Finally, anticipated visuals to be released!

This time, the visuals of 4 of the main cast members, Fumi Nikaido, GACKT, Yusuke Iseya and Masaki Kyomoto, will be released.

Rei Asami, who GACKT plays, is always dressed in purple like the nobles of yore.

Lastly, Masaki Kyomoto plays the Duke of Saitama from the original work, whose character, shrouded in mystery,

sports white hair and shironuri makeup reminiscent of a period drama, for visuals that are a 200% faithful reproduction of Mineo Maya's world.

high levels of polish that even director Hideki Takeuchi was full of praise.

Furthermore, there will be a total of 8 luxurious posters where each character appears next to the diss lines he or she says, such as "Let the people of Saitama eat the grass on their side!" and

Just as everyone is enjoying Halloween!

Please behold the genuine reproduction of Mineo Maya's world as it stands out amid the costumed crowd!

Stay tuned for the yet-to-be-released visuals of cast members. 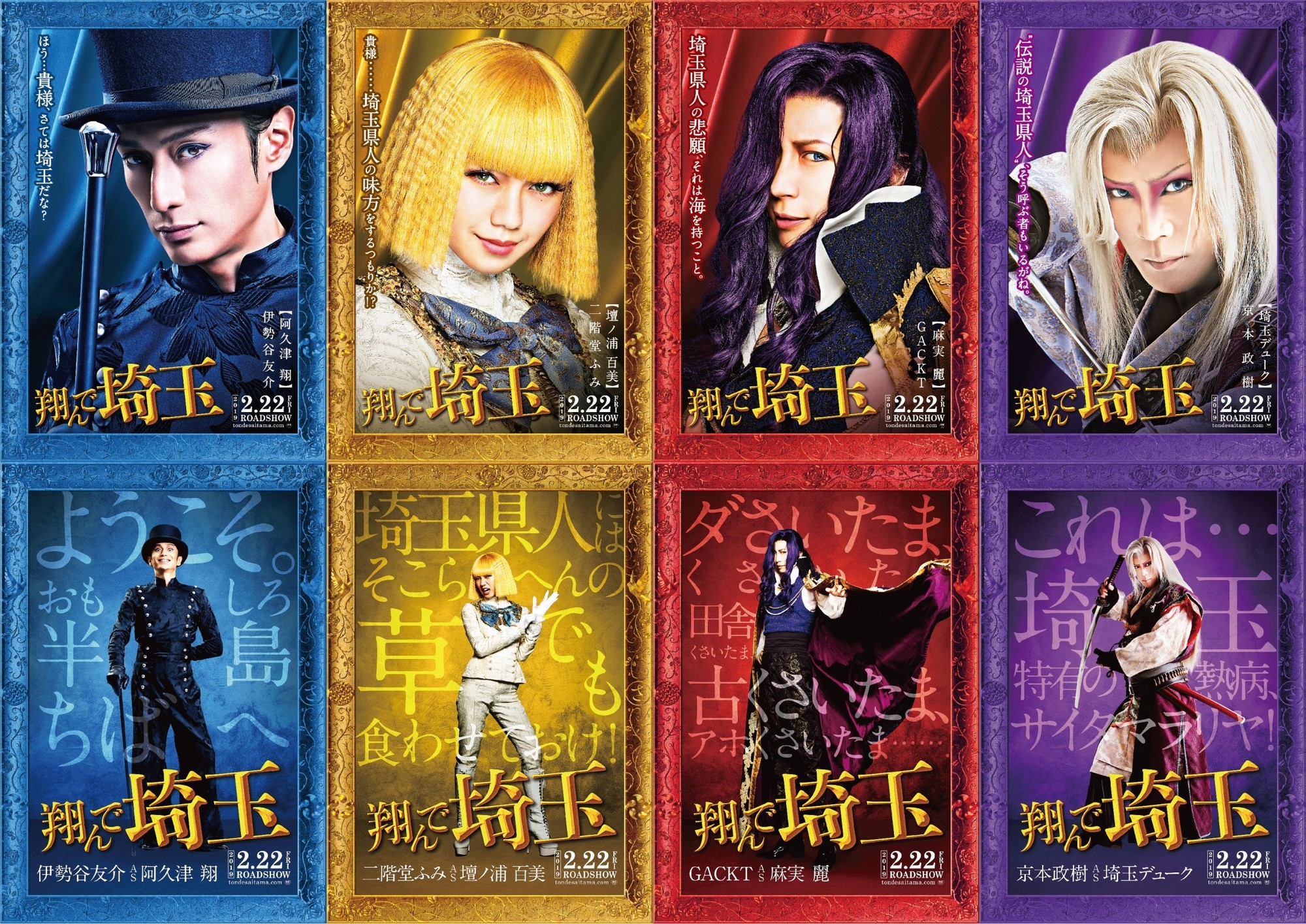